is one of the earliest combos discovered for Dominion. Workshop is used to gain Gardens, and increase the number of cards you can acquire per turn, which boosts the value of your Gardens.

While Workshop is a decent Gardens enabler, particularly within the Base set 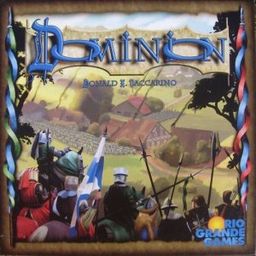 in particular stands out as it gives a bonus for each card gained, and can non-terminally empty its own pile.

or Workshop/Workshop, and whenever you have a Workshop in hand, gain a Gardens with it until the Gardens pile is gone, then switch to any other pile. This is a rush strategy, so your goal is to empty three piles - most often Gardens, Workshops, and Estates

The Ironworks version of this tends to be quicker - gaining Victory cards draws you another card, which can boost your buy for the turn, and Ironworks can't collide (unlike Workshop): the first Ironworks in your hand gain Actions, and the final one can gain a Victory card.