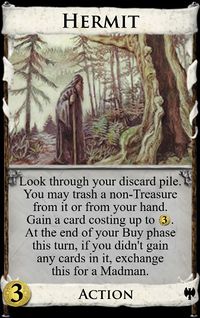 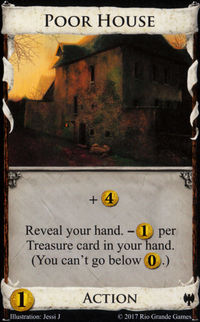 At Vaccara's annual games, you are challenged by the Silver Knight and his band of shady marauders.

In an effort to lighten your subjects' spirits, you decide to reinstate your kingdom of Vaccara's (defunct) annual games. Jousts, swordfights, hunts--it's just the thing to take your subjects' minds off their miserable lives. Knights and dignitaries from many kingdoms will participate in the festivities, and you could benefit from a little schmoozing. You decide that Sir Martin, practicing for the games with his squire, is your bet to take it all.

There's an inherent danger to jousting and swordfighting, but you'd rather your knights save their bloodloss for the battlefield. Still, a graverobber waits in the shadows to "inspect" any newly-planted coffins. You notice one particular urchin doesn't bother to stay in the shadows.

It looks like your games are a success: even the old hermit from up in the hills has come to town for the fun. You guards stay busy, shooing off the counterfeit goods sellers attracted by the crowds. "Oi, me mum says the Silver Knight is coming to our games," you overhear. This wouldn't be good for Sir Martin's prospects.

Pomp and circumstance herald the opening of the games. Suddenly, you're blinded by light shining off something--oh crap, you realize that it's the armor of the Silver Knight. He's here, and he's challenging YOU--forget Sir Martin. You call for your armor; you've got something to prove.

The Silver Knight is pretty tough. He draws blood and wins the first round, the swordfight; you take a rest before continuing onto the hunting grounds for the riding and archery competitions. Your subjects need you to win--their spirits need a victory.

You're a better horseman than the Silver Knight (ha!). You're tied, 1-1. Next up is archery. Before you can take your first shot, Dame Anna tackles you and saves you from someone's errant arrow. You see a masked rogue riding off towards town; perhaps this was no accident?

Dame Sylvia and Sir Bailey join you on horseback to pursue the rogue. You direct them to arrest the Silver Knight--he must be involved, but where did he go? You, Dame Sylvia, and Sir Bailey catch up with the masked man as he enters a poor house.

The house's residents are understandably surprised when three on horseback enter through their front door. Some scream and hide; some remain and bow, then point to the back of the building. You and your knights come face-to-face with the rogue and a drawn bow.

Your elevated positions on horseback give you literally the upper hands, and your swords are no match for arrows. Your skirmish pretty much demolishes the poor house's meager furnishings--you'll have to do something about that when you have some time. You notice a little girl with a dirty face and a slightly older girl who's with her. The older girl runs into a storeroom. You tell Sir Bailey to follow her. She must be up to something.

Back at the games, all is well, but the image of the dirty-faced little girl stays with you. Sir Bailey returns and tells you that the little girl's older sister, Rayne, has been caught, and she's been in cahoots with a known marauder. Is Rayne involved with the masked rogue? It's time for some answers.

Sir Vander, your castle's interrogation specialist, isn't having an easy time getting answers from the captured duo. They have the same crown tattoo on their forearms, so you know that they're working together. Finally, Dame Molly tries a softer approach with Rayne and learns that their group's goal is to make the world a better place (through violence?). You leave the prisoners under guard and head for your royal suite.

Dealing with stubborn prisoners is exhausting work. As you sleep in your bedchamber, something awakens you...a noise...and from the moonlight, you make out a man and a young woman coming towards you. Your quick reaction saves you from a dagger to the chest; you shout for your guards. If there's blood to be drawn, it's going to be at the games, not in your bed!

Your guards rush in, but before you and they can wrestle the dagger from the man's hand, he plunges it into his own chest. You make out the face of the young woman--yes, it's Rayne--and she calls out, "Oh no! Archer, no! The Silver Knight will have his revenge!" She scrambles out an open window into the moonlight.

Back at the jail, your guards find the bodies of Rayne and Archer's guards. Should the games be postponed out of respect for the victims? No, your subjects are resilient, and they understand that terrorism will never win. The games must go on. You send Sir Michael and some knights to track down Rayne.

Before sunrise, Sir Michael sends word that Rayne and most of her group have been captured. Rayne bragged that the Silver Knight would never be caught--and that he was the rightful ruler of Vaccara, not you. Plus, she says that visiting King Sherrod of Niehsta is on the assassination list, and that you're powerless to stop the Silver Knight. You alert your guards.

Your advisors want you to stay hidden, but the image of the ruler at the games is too powerful a gift to withhold from your subjects. As you make your way to the royal box, Dame Natalie lunges forward and takes an arrow meant for you. With a shout, Rayne and her cohorts descend onto the field and begin to fight your knights. How did they get free?!

King Sherrod's guards keep him safe, and Rayne and her people are captured once again. But where is the Silver Knight? As long as he remains at large, your kingdom is not secure. And besides, is Rayne going to stay captured this time?

You're now under heavy, heavy guard, and you can hardly see what's happening on the tournament field. In the distance, you can just make out the little girl with the dirty face--Rayne's sister. She's sneaking around, hiding behind things, and you ask Dame Josephine to investigate.

You can't see what's going on, but you hear the din of Dame Josephine's shouts and the clanging of swords. Who's she fighting? Then you see him--it's the Silver Knight. He's back, and he's brought friends.

The Silver Knight puts his followers on Dame Josephine, and he fights his way to the royal box. "Fight me for rule of Vaccara! Are you worthy of my challenge?" You have everything to lose if this doesn't go well, but sometimes you gotta do what you gotta do.

In spite of his shiny armor, you're able to knock the Silver Knight to the ground and kick away his sword. Damn, you're good. You let him leave--after all, this is a very public venue, and you don't want the people to witness a public execution. You know he'll be back, but the kingdom of [player name] will be ready for him.