Highwayman is an Action-Duration-Attack card from Allies. It offers duration-draw and an attack that nullifies the first Treasure each opponent plays (this is similar to what Enchantress 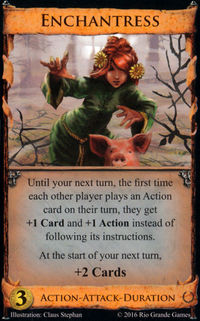 does to Action card plays).

Unlike most Duration cards, Highwayman is discarded from play at the beginning of your next turn rather than the end, meaning you might be able to draw and play the same copy on consecutive turns. 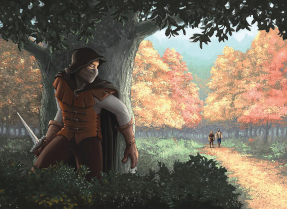 In Dominion Online, disabled Treasures are drawn using the card art for Abandoned Mine 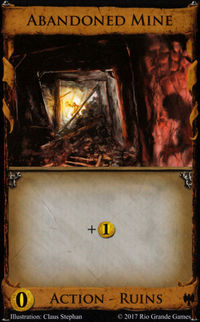 Highwayman is the Duration draw card that you can play every turn - draw your deck, and at the end you'll find the Highwayman.
—Donald X. Vaccarino, Allies Preview 4: Recursion

I messed with the language, but this is what it always did. Playing into the recursion theme by being Duration draw you can play every turn.
—Donald X. Vaccarino, The Secret History of the Dominion: Allies