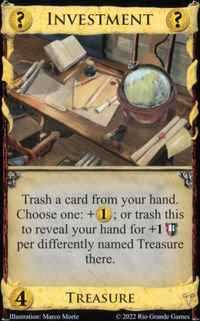 is a Treasure card from the second edition Prosperity. It is a trasher that also allows you to trash itself for a one-shot 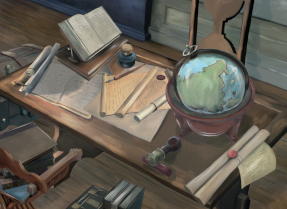 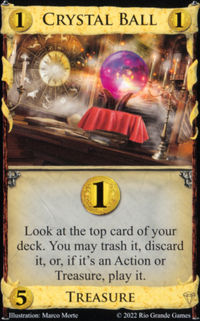 took over for Loan. Loan is a decent card that casual players tend to not like, because it may flip over a good Treasure. And I had a better version to do, hooray.

Investment is another trashing Treasure, this time tying into the VP tokens. You can imagine getting a bunch of VP from one of these, but it's far from trivial. Just remember, it was also a Treasure that trashed stuff for you.

replacement. Gets in another use of VP tokens. It wanted to count Treasures in play, but it was too confusing to do that while trashing itself, so it looks at your hand instead.
—Donald X. Vaccarino, The Secret History of Prosperity 2E