Making Fun is the company that ran Dominion Online during 2015 and 2016. 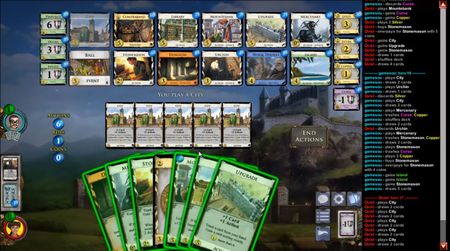 Making Fun Dominion was a downloadable app that allowed play both with other players and against a variety of bots.

Included in bot play were Campaigns, where players got to navigate through a narrative focusing on cards from each expansion.

While providing an online play experience, the Making Fun Dominion client was not seen as serving the competitive player base well.