Nomad Camp is an Action from Hinterlands. When played it has the exact same effect as Woodcutter

—i.e., it's a terminal silver that provides +Buy. The only difference is that when it is gained, it is placed on top of your deck instead of in your discard.

As a terminal silver that is otherwise short on beneficial effects, Nomad Camp is a weak source of +Buy and is typically only gained when there is no other source of +Buy in the Kingdom. A strong engine with good deck control can likely use the +Buy for faster building, but even then, you might skip Nomad Camp if the terminal space is better used for something else.

There are a few scenarios where gaining Nomad Camp to the top of your deck can be helpful. First, on a

opening split, using your turn 1 Buy on Nomad Camp gives you a 40% chance to hit

on turn 2. However, given the 60% chance to still not hit

, this is often not worth doing. Another use case is if there are strong

cards that you would like to buy multiple of on turn 2. Finally, near the end of a sloggy game when your deck does not have very many terminal Actions in it, buying Nomad Camp on a weak hand can help make sure your next hand has enough

to hit important price points, such as 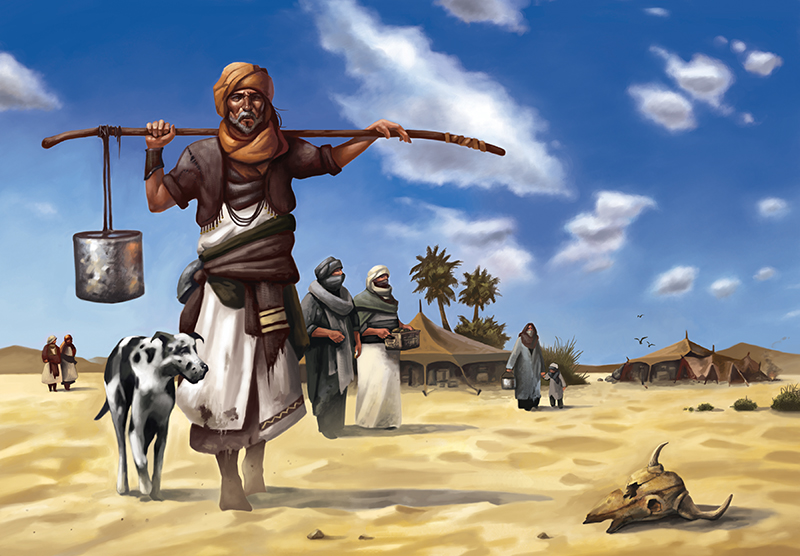 Vaguely conveys the idea of it showing up in your next hand. And the nomads trade.
—Donald X. Vaccarino, The Secret History of the Hinterlands Cards

In your deck, Nomad Camp is just a Woodcutter

in the corner. When you gain it though, it goes on your deck. Bam! Instant Woodcutter.

. Turn one you buy Nomad Camp. Turn two you might have

, in which case, do you buy another Nomad Camp? Or maybe there's a

is always Nomad Camp. If you think of Nomad Camp as really a Woodcutter after that, it's a

opening, or more precisely, a Woodcutter/

opening. Anyway it's something different.

Later in the game you can buy Nomad Camp anytime you would really like a Woodcutter next turn. It's nice when you're buying Provinces

this turn; next turn you have a better shot at

, or hey, maybe more, with the +Buy to go with it.
—Donald X. Vaccarino, Hinterlands Previews #2

In its earliest days the set had a Woodcutter that gave you +1 Buy when you bought it. Then it gave you +

and +1 Buy on the turn after you bought it, and then I just put it on your deck. Duchess

is what happened from taking this the other direction.
—Donald X. Vaccarino, The Secret History of the Hinterlands Cards

A key thing to understand here is that costs in the

range are very similar. The differences for most cards boil down to 1) openings, 2) +Buys, and 3) perception. Here you don't want to load up on either, so +Buys isn't a factor (even though the card itself means we know they're available), and the Nomad Camp opening is deceptive, it does give you a shot at a Woodcutter

opening but it passes it off as a

opening, which it isn't. What really matters though is perception. Nomad Camp looks like Woodcutter

with a bonus, and so has to cost more than

I said "most cards" because sometimes the cost is relevant to the power level in some sneaky way; the example I always think of first is, Border Village

was too weak, so I raised its cost from

Anyway Nomad Camp is of course intended to be Woodcutter

with a bonus. Most players do not regularly draw their deck, even if they'd like to. Sometimes you are lamenting not having +Buy, and Nomad Camp gets it into your next hand. But when you're drawing your deck and decide oops now you need +Buy, putting Nomad Camp on top hurts your chance of drawing your deck next turn, since it's a "stop card." And some players draw their deck often enough that therefore overall Nomad Camp looks worse than Woodcutter

Nomad Camp is of course worse than lots of

's, including some that give +1 Buy. It's impossible to avoid, especially when e.g. you can't make cards strictly better than Woodcutter