Sunken Treasure is a Treasure-Odyssey card from Allies. It is a gainer that can gain any Action card from the Supply, with no cost restrictions, as long as you don't already have a copy of the card you want to gain in play.

It is part of a split pile that it shares with the other Odyssey cards: Old Map 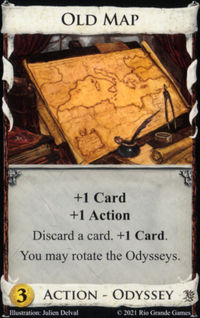 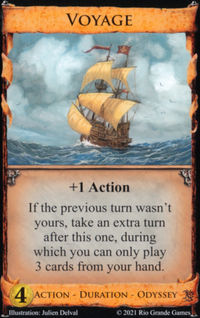 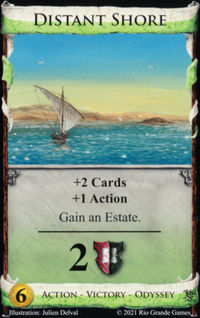 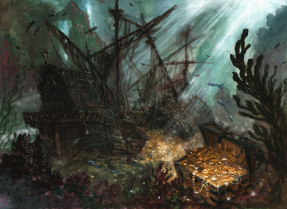 Sunken Treasure can get you stuff you don't have yet.
—Donald X. Vaccarino, Allies Preview 2: Split piles

The third card was initially a Remodel

with +2 Cards in front of it and "discard 2 cards" after it. An old concept, tried years ago. You know this time it didn't exactly fail, it just didn't want to be in the pile and then there was no home for it. I followed it with a treasure that cared how many types you had in play, then "gain an Action card from a pile that isn't full," then the final card.
—Donald X. Vaccarino, The Secret History of Dominion: Allies