Warlord is an Action-Duration-Attack-Clash card from Allies. It penalizes opponents for depending on multiple copies of the same Action card by preventing them from playing a third copy of any given Action (from their hand) once they've already got two in play.

It is part of a split pile that it shares with the other Clashes: Battle Plan 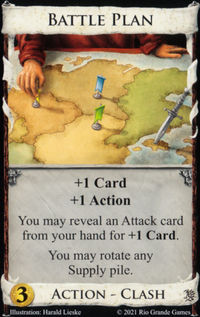 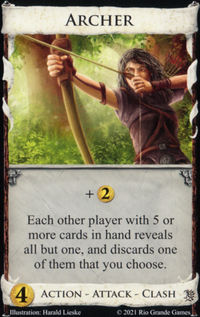 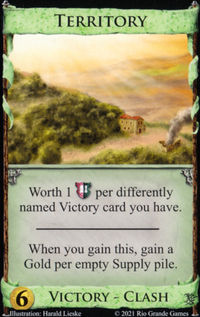 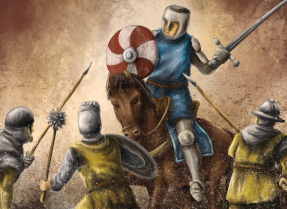 Warlord is one of the few cards with four types.

and Warlord swapped places some (with their resources changing), and Warlord tried different ways of punishing repetition. For a while it made you trash cards you gained that were copies of cards you had in play, but this is problematic and also didn't do much. And originally it gave +