is a promotional Action-Duration card. It twice lets you play an Action from the Supply. 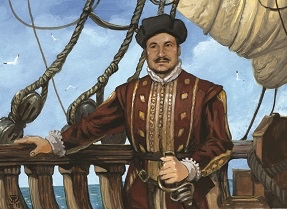 This card was designed together with Church 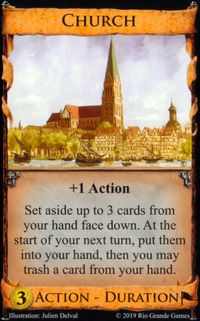 on request by ASS to commemorate the victors of the "Jubiläumsmeisterschaft" (jubilee championship), organized 2018 in Germany and Austria to celebrate ten years of Dominion. The man shown in the art is RTT, winner of the German championship in 2018. His real name is Tobias, which is referenced in the German name of the card.

Altenburger wanted another promo, for the player winning the big tournament. They forgot about this later, or misunderstood, but we'd already said we were doing it, so we still did it. Since Church

was a more normal card, this one tried to be more exotic. We tried a bunch of things. One card that stood out as fun was Big Feast

, which was trashed to gain two cheaper cards (

's) and play them. It had issues, like being crazy and running out piles like mad. I replaced it with Two Bands, which was a one-shot two plays of Band of Misfits

. It was fun too, but had (easier) infinite loops, which I briefly addressed (but did not remove) by having it gain a Silver

too. That made it clunkier and uh less a thing of joy. The next version switched to being Band of Misfits on two different turns, and hooray, that's how it ended up. The final version has an infinite loop due to saying "up to

" instead of e.g. the odious "costing no more than

less than" (you put Ferry

on it and play e.g. a Bridge 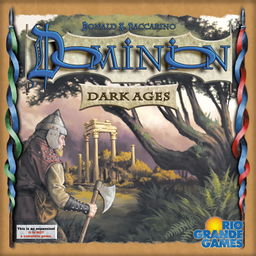 , as part of my purge of shapeshifting problems (with Band of Misfits, Overlord

). The German version will be Kapitän Tobias, after the winner of the tournament, and the art depicts him. He is around on the discord and forums as RTT.
—Donald X. Vaccarino, The Secret History of the Dominion Promos