Dame Anna is an Action-Attack-Knight card from Dark Ages. She is a Knight who is also a trasher.

Dame Anna is a great Knight if you can get

and a time to gain it within the first four turns and use the trashing to build an engine. Not so good later, since trashing goes down in value quickly as the game goes on. Be wary that trashing your starting Coppers

or Shelters will make it easier for your opponents' Knights to find your good cards. 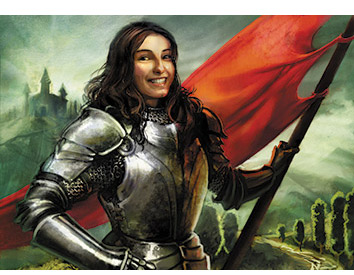 Dame Anna is named after the girlfriend of Sir Martin 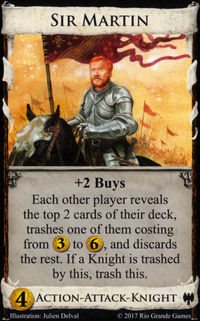 , and the art depicts her.