Dismantle is a promotional Action card. It is a Remodel variant that trashes a card and gains both a cheaper card and a Gold

Dismantling a gold will allow you to gain a cheaper card and return the gold. In this way, dismantle can be used like a gainer. 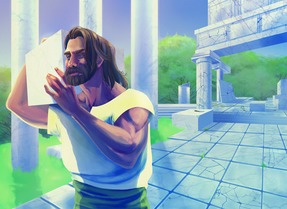 Dismantle was in Nocturne

for a while, moving over from Empires

with the Boons. Now it is a promo. Adam Horton suggested it.
—Donald X. Vaccarino, The Secret History of Dominion: Nocturne

Altenburger wanted a promo, this time to be used in some way in conjunction with having a bunch of tournaments for Dominion's 10th anniversary. There was no time to make a card. Dismantle was a card I had that had been working fine but had been cut from Nocturne

(due to Nocturne having other cards that gain Gold).

The initial card was suggested by playtester Adam Horton, for Empires

(which had no room left). His initial suggestion was for "something like" "trash a card from your hand, gain a card costing up to

less into hand (or a Curse

." Based on that I initially tried "Trash a card from your hand. Gain a cheaper card. If you did, +

." It seemed promising and went into the Nocturne file. When the time came to work on it again, we tried it with +

, then a Night version that gained Gold, then the final version.

Altenburger also wanted the world champion for this coming year to get to make a card. We said no! We are willing to put their face on a card, that is as far as we will go. However, as it happens, Adam is the current world champion. So a world champion did get to design a card.
—Donald X. Vaccarino, The Secret History of the Dominion Promos