Forager is an Action from Dark Ages. It is a nonterminal trasher that trashes one card at a time and gives you some

, depending on how many different Treasures have been trashed.

See here for a Forager article.

Since it's a nonterminal trasher, Forager is pretty good for getting an engine set up. Early in the game it will probably give +

once you've trashed a Copper

, but later in the game, once your engine is up and running, you can trash one of your early Silvers

with it and it will give +

and a buy - not bad as an engine component!

or higher is less common. It requires either

There may be useful insights in comparing Forager to other sub-

If by the late-game, Forager is giving you +

, it may be worth using Forager's +Buy to buy cheap cards just to trash them the next turn with Forager, to keep getting the cash. 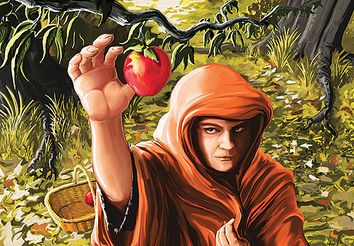 I wanted cards that cared about the trash. There were not a lot of reasonable things to do. If cards care too much, people end up spreading the trash out on the table, and well how big is your table anyway. This mechanic worked fine though. Taking a cue from Trade Route, it cares about the variety of treasures that are in the trash. This normally only goes up, but can go down due to cards that steal from the trash, and that's fun too. The card originally cost

, so that you could use it to buy two more of them right away, but that turned out to be too strong. An early version I don't remember says "Trash a card from your hand. +