Graverobber is an Action card from Dark Ages. It is a card built around gaining cards from the trash, and putting them on top of your deck so you can use them as soon as possible—but it also has a trash-for-benefit ability, to ensure that the trash will often have good enough things in it worth gaining. 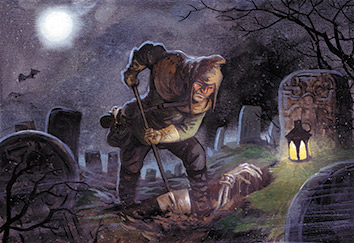