Haunted Woods is an Action-Attack-Duration from Adventures. It slows your opponents' cycling by forcing them to return to their deck, rather than discard, any cards they still have in hand at the end of their turn. Because it only draws cards on your next turn, while it's terminal on the turn it's played, it provides non-terminal draw on your next turn.

Finally, let's not forget Haunted Woods has an attack. The attack is strongest when there are unwanted cards that keep on getting stuck in your opponent's hand. Junking attacks work great for this goal, and lack of Estate 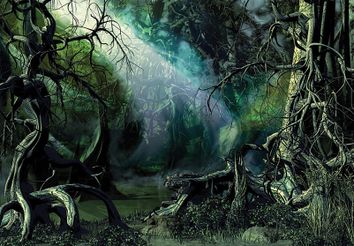