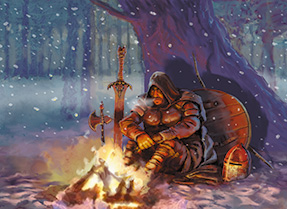 ) to regain the trashed Hireling. This is particularly hilarious given that there will be no actual cards in play to track these effects.