If your opponent gets all the other castles, but you snipe the last one, you can deny your opponent 15 VP or 17 VP, depending on the use of Small Castle or not. 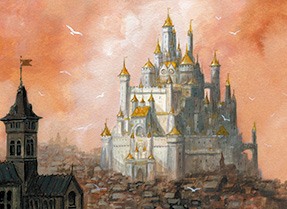