Lackeys is an Action card from Renaissance. It is terminal draw that comes with 2 Villagers.

The Villagers that Lackeys provides are very powerful. Like Silk Merchant 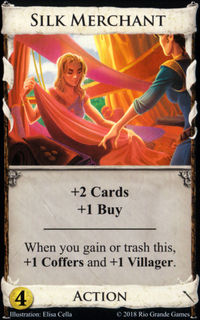 , it is a strong opening card. Drawing Lackeys on turn 3 or turn 4 guarantees that your other opening buy doesn't miss the reshuffle, and the Villagers guarantees that you can play it. The power of Lackeys is mostly on the Villagers, not the +2 Cards. Trashers to remove excess Lackeys, or ways to make Lackeys non-terminal (like Lost Arts

or certain Ways), can make it better to buy Lackeys more aggressively. 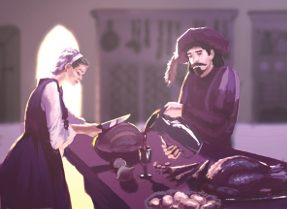 Originally it was +2 Cards, turn over your thing that gets you +1 Action half the time. It went straight from that to the final version.
—Donald X. Vaccarino, The Secret History of Dominion: Renaissance