, has the very unfortunate tendency to thin your opponent's deck by trashing their Copper, thereby making their deck better instead of worse. Miser, on the other hand, helps you thin your own deck, so it's a lot better in that sense.

is another possibility: Prince of Misers is extremely strong, although hitting 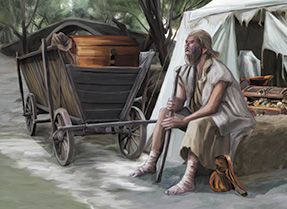