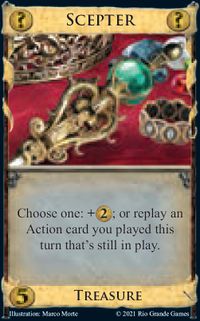 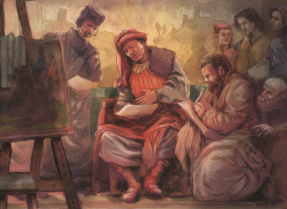 Patron is the only Reaction whose trigger is being revealed. Patron and Inheritance

(after the Dominion 2019 Errata and Rules Tweaks) are the only card-shaped things to use quotation marks in their English text, and Patron and Capitalism

are the only card-shaped things to care about the text on cards.