Ratcatcher is an Action-Reserve card from Adventures. It is a cantrip on play, and a trasher whenever you need one at the start of your turn.

There is no strategy article for Ratcatcher, but it has been discussed on the forum.

Ratcatcher is a nice card, both in effect and thematically. It's an optional cantrip trasher, meaning it won't hurt your deck and it will get rid of the stuff that does. It does so slowly but surely, and if you ever have

leftover, buying a Ratcatcher is never a bad idea, especially if you're playing an engine.

As a Reserve card, Ratcatcher has similar strengths and weaknesses to other Reserve and Duration cards. On the negative side, it is slow, since you can't actually trash something with it the turn you play it, and it tends to miss a lot of shuffles. On the positive side, Ratcatcher is very flexible; you can leave it on your Tavern Mat until you draw the worst card in your deck, so you don't have to use it on Copper

before you're out of Estate

s or Shelters. For the same reason, Ratcatchers are strong against junking attacks. 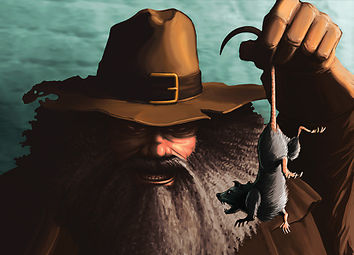 While some other trashers were not working out, I put in this simple one. I tried a couple sizes - at one point it drew you a card when trashing - but quickly settled on the final version.
—Donald X. Vaccarino, The Secret History of Dominion: Adventures