Raze is an Action card from Adventures. It is a trash-for-benefit sifter, turning the cost in

of the trashed card into cards from your deck to select from. It is relatively weak as a trasher, but unlike most trashers it's able to trash itself once it stops being useful.

There is no strategy article for Raze yet, but it has been discussed on the forum.

Raze is similar to, but weaker and cheaper than Apprentice

. It trashes a card, and checks a number of cards from the top of your deck based on the cost of the trashed card. Apprentice, however, puts all of those cards in your hand, whereas with Raze you can choose one of them to put in your hand and discard the rest. As such, Raze is most useful for trashing Estate

s. If you open Raze with a strong

terminal, which could be a very good idea, drawing Raze with an Estate on turn 3 or 4 guarantees that your terminal does not miss the shuffle.

Unlike most trashers, including the trashing king Chapel

Raze trashes on play, which means it is quicker than Ratcatcher 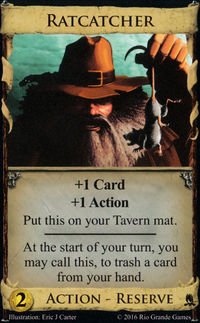 at the same cost, but trashing Copper

decreases handsize further than with Ratcatcher, and Raze is not as flexible since you can only trash a card in your current hand. Which of the two is stronger depends on the situation, but the community feels Ratcatcher is slightly stronger on average. In the List of Cards by Qvist Rankings from late 2015, Ratcatcher ranks 10th among 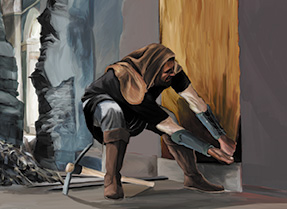