Relic is a Treasure-Attack card from Adventures. It uses the -1 Card token to stymie opponents' drawing.

There is no strategy article for Relic, but the card has been discussed on the forum.

On play, Relic is just a Silver

with an attack. So, if you buy Relic, you do it for the attack, otherwise you might as well have bought a Silver instead.

Thankfully, the attack, while not completely overcentralizing, is in fact pretty decent. When compared to Militia

, but without the cycling. Finally, Relic is more expensive than Militia, but it doesn't cost an Action to play, unlike Militia, and so can't collide or be drawn dead.

In engines, you rarely want more than one Relic, since the attack doesn't stack; your opponent only has one -Card token. If you do want a second Relic, it's probably because of some mid-turn shenanigans with Council Room

with a gainer. Sometimes, you don't want the Relic at all, especially in quicker games or games where you can draw your deck reliably, even with a 4-card hand. It's important to consider that Relic is a stop card like Silver, so it might interfere with your engine, and the attack isn't so strong that it's unskippable.

In Big Money or slogs, getting multiple Relics is not a bad idea; you'll be slightly sad if they collide, but the chances of that happening are a lot slimmer than in an engine, and chances are you don't want too many other

's anyway. If you hit

however, and you already have a Relic, you probably want to buy Gold 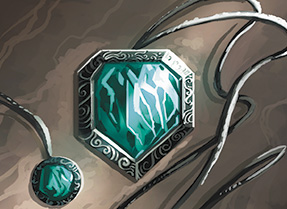