Royal Seal is a Treasure from Prosperity. It is worth

but lets you immediately top-deck cards you buy when you have it in play.

There is no strategy article for Royal Seal.

There isn't going to be a Royal Seal strategy, but Royal Seal is situationally useful. It's great for Big Money decks which might draw

. It's less useful for engines which probably have better things to buy with 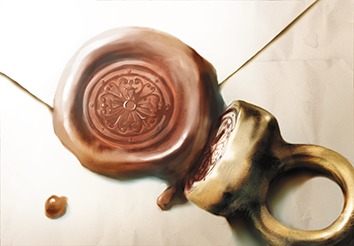 Originally it was "when you spend this," which is more confusing. When I got rid of those, this one got its "while this is in play" functionality. For a while it triggered on buying, but in the end it triggered on gaining, to line it up with Watchtower.
—Donald X. Vaccarino, The Other Secret History of the Prosperity Cards