Ruins are a type of basic cards in Dark Ages. They are weak and undesirable Action cards costing 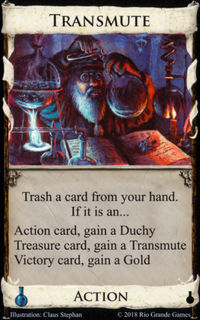 can also be used as a Ruins-trasher.