Silver is a basic Treasure card included in all games of Dominion. At a cost of

. Silver often ends up in a clear majority of decks, and it is typically one of the two opening buys a player will make. Each standalone set comes with 40 Silver cards, and therefore a typical game begins with 40 Silvers in the supply; this can be crucial to know in certain games (e.g., with Feodum

Silver is a very important part of BM strategies and will typically be one of the two cards you open with in a BM strategy. It is necessary for jumping up to Gold

to ensure that you are able to purchase Provinces

, in which an opponent can choose a card for you to discard.

[In 2009], Stormparkiet wrote an influential review of base Dominion outlining the “Silver test”: is the card you’re about to purchase really better than a Silver? If it isn’t, you should just stick to buying a Silver. At its core, the review suggested that all you really had to do to succeed in Dominion was to blindly purchase Silvers and Golds.

Regrettably, this now-outdated heuristic continues to exert an undue influence on modern Dominion. While Gold remains a cornerstone of most successful Dominion decks, Silver has silently turned into a liability rather than an asset in most modern decks. Much of Silver’s original appeal stemmed from the fact that base Dominion strongly favored Big Money engines or slight variations thereof, and Big Money engines always benefit from more Silvers. But subsequent expansions have radically upended traditional strategical thinking; Big Money engines (and Silver) are no longer nearly as relevant as they were before, for two reasons:

What this means is that the ideal deck is no longer made up of just Golds and Silvers with one Smithy thrown in. Instead, it is often a mix of Actions that are good on their own but much more than the sum of their parts when played together. They churn out the Golds and Provinces; they’re what win you the game. As a result, the worth of drawing these cards together now far outweigh the marginal deck benefit of a Silver. A Big Money deck needed Silvers because it had no other way to get to

; in an Action-driven deck, after you’ve got your combo set up, all Silver does is interfere. What good is its

if it stops you from executing a Caravan

combo that would net you

Silver still serves a purpose: to get you to

. Silver-based decks can consistently hit that number, but unless you’re shooting for a Duchy/Duke

strategy, that’s just not enough to get into the big leagues. A long-term strategy really lives and dies by its Golds; Silvers are just a way of getting to them. Ideally, in fact, you’d jump to Gold without ever needing to buy a Silver (e.g., drawing Moneylender

Of course, if you’re being brutalized by Curses and attacks, then Silvers play a critical role in your deck even deep into the midgame, since you aren’t yet capable of reaching

without them. And Silvers remain important in the increasingly rare sets where Big Money is the dominant strategy. But in a typical game, after you have your first Gold and a

or two, buying Silver will often just weigh you down. This is the time when those “useless”

when you need to get to

′s and Golds, but once you get those

′s and Golds, additional Silvers don’t help you on your next objective, which is to get to

. Better instead to get the non-terminals, netting a token benefit while simultaneously aiding you in setting up your real rainmakers: your Action combos,

′s, and Golds. (Yes, I would probably take even Pearl Diver

over a Silver given appropriate circumstances.) If no non-terminals are available, then even buying nothing is often better than buying the Silver.

You could interpret this evolution as a sign of power creep, but I think that’s an unfair characterization. Base Dominion took relatively little skill to play optimally, since you really couldn’t hope to do that much better than the Silver baseline. Since then, however, Dominion has become a much deeper and more complex game. Merely meeting the baseline is no longer good enough; with skillful play, you can now reach much greater heights. Like a set of training wheels, Silver provides you with what you need to get going, but to really succeed, you have to learn when to move on.

), Silver can be quite important as a support card for Alt-VP strategies, especially strategies involving Duke

. They benefit from Silver because in a bloated deck, having a single silver in hand helps ensure that you are able to hit the

are examples of Silver-gaining cards which provide solid support for an Alt-VP strategy.

Cards which interact with silver

Since Silver is available in every game of Dominion, several other cards specifically name and interact with it. Most of these allow players to gain Silver, as a way of providing a decent but not overly-powerful benefit. 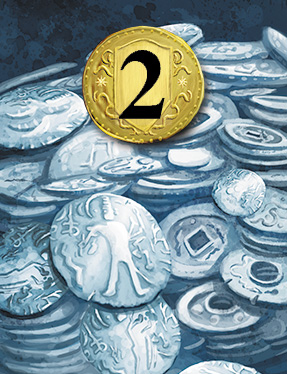