Sir Bailey is one of the ten Knight cards from Dark Ages. Like the other Knights, he is an Action–Attack that trashes other players' cards. He is also a cantrip - no harm in having him in your deck!

As a cantrip attack, Sir Bailey is pretty powerful. Other attacks try to have a minor bonus to make them worth having in your hand - Sir Bailey simply says nope, just do the attack and get the next card instead! His only downside is the opportunity cost of picking him up. 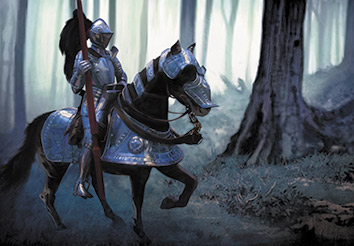 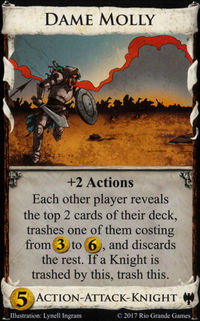 . He chose not to be depicted in the card art.