In the "Other rules clarifications" section, I don't understand why "effectless" outposts are discarded during clean-up of the player to my left. Can someone explain that rule (as I didn't find any meaningful explanation, yet)?

"An Estate Inherited as an Outpost will never do anything." Why is that? I don't see the reason why it wouldn't work like a regular Outpost in that situation Mxdata (talk) 01:10, 3 September 2019 (EDT)

explicitly refers to an Outpost played, and Inherited 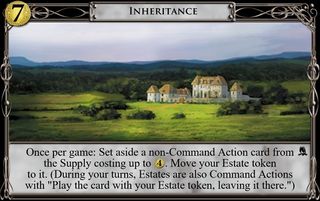