Tomb is a Landmark from Empires. It gives players +1

whenever they trash a card.

There is a combo with Sauna 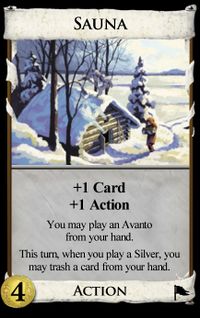 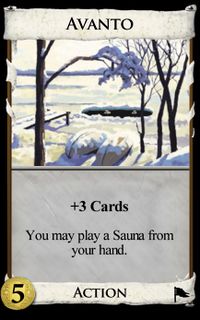 . Sauna allows very high amounts of trashing, since it's number of Saunas times the number of Silvers

, and doesn't require actions to trash. Beggar will put 3 Coppers

into your hand to trash. The usual Sauna/Avanto combo helps draw the deck, then your remaining actions can be played on Beggars, then you can trash the gained copper by playing Silver. There is no need to weigh down the deck with Victory cards when you can gain 6 or 9

per turn. An even better combo is with Fortress

; you could trash a single copy as many times as you have silvers.

Tomb works during the game but has no limit, beyond what you're able to trash. There's no guarantee that you can trash cards in a particular game, but that won't come up too often; it spices up trashers, Remodels, one-shots, and some other random cards like Hovel

or Knights or Gladiator

This one just worked.
—Donald X. Vaccarino, The Secret History of the Empires Cards