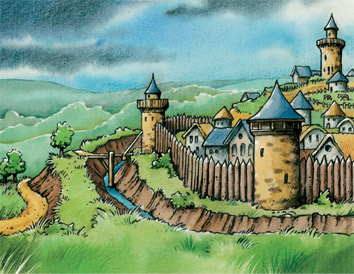 This is an outtake from the 7th expansion[notes 1]. I replaced it with an on-theme card. A few people were sad to see it go, but all of the Village slots in the other sets were full, so it was dead.