So don't buy Wandering Minstrel too early. This should be recommended with most villages, but this one is especially trimmed to set up engines which, as is well-known, takes some time, and it might really hurt your early buying power. And of course it has no business in Big Money decks. For the former purpose, however, it excels over vanilla villages (including Border Village 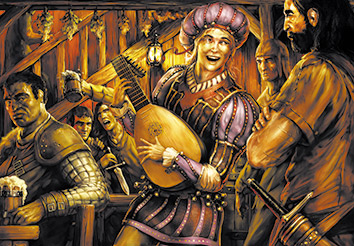