Gatekeeper is an Action-Duration-Attack card from Menagerie

. It forces other players to Exile any Action and Treasure cards they gain without already having a copy in Exile.

Gatekeeper is viewed as one of the weakest cards from Menagerie. $5 cost actions can be very powerful, and Gatekeeper's effect is often too slow and not effective enough to be worth the opportunity cost of buying a different $5 Action. It is strongest against cards that gain Actions of different names, such as Black Market

, or Prizes from Tournament 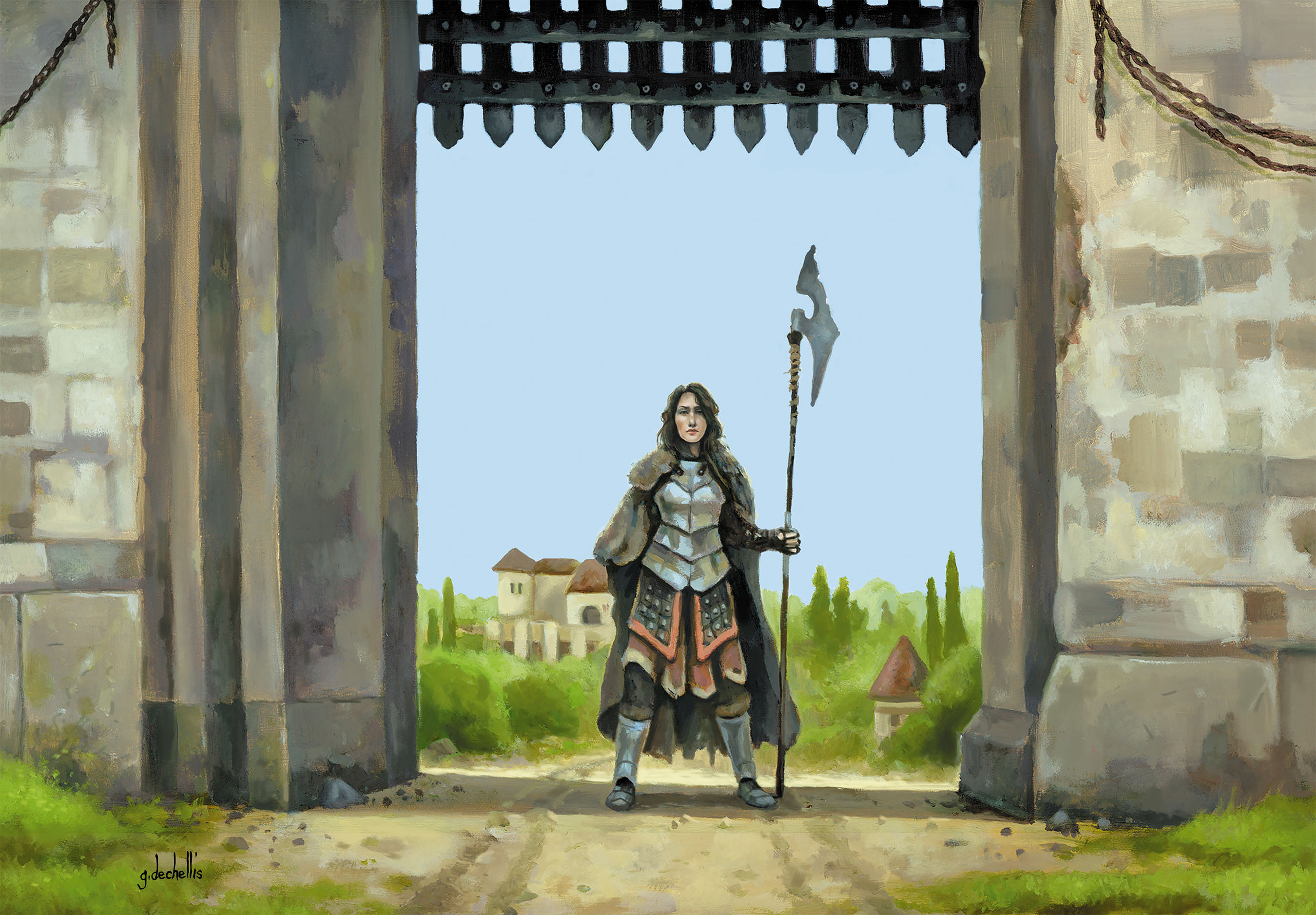 The premise remained constant. Some versions always exiled the card; you'd get back the previous one, so once you had e.g. Silver

would work, you would just technically put one Silver

into exile and discard the other one. I never liked that much, plus the card felt too oppressive, so it changed to just not working every other time. Some versions cost

, but man you don't want to be under this right away.
—Donald X. Vaccarino, The Secret History of Dominion: Menagerie