Coin of the Realm is a Treasure–Reserve card from Adventures 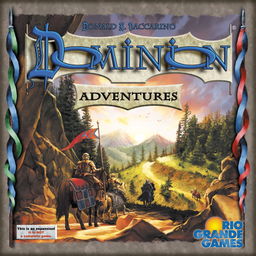 . It functions as a village that waits until the moment you need it: while it's equivalent to a Copper

on play, it can be called from your Tavern mat later to give you +2 Actions. Unlike most villages, Coin of the Realm's effect is delayed: it usually can't increase your terminal space on the turn when you play it, since you typically play it in the Buy phase but need the extra Actions in your Action phase.

Coin of the Realm is a Reserve Treasure that acts as a cheap and very flexible village, roughly comparable to two Villagers per play. Since it generates only as much

, its primary role is not as payload, but (unusually for a Treasure) to provide terminal space and reliability.

Compared to most other villages, Coin of the Realm has a few distinguishing factors:

Although Coin of the Realm's

is usually best thought of as a bonus and not the main reason to gain it, leaving Coins on your Tavern mat does slightly reduce the amount of payload you will have available next turn. This needs to be taken into consideration when you're deciding how much payload you need to add, and in rare cases it may be a good move to call a Coin even when you don't need the +Actions in order to increase your total payload for next turn. 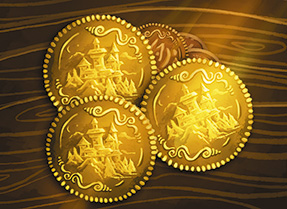 together, play one, call the Coin, and play the other one. You can also use Hero to gain a Coin. Will the other Reserve cards all be combos with Hero? *checks…* No. Not all of them.
—Donald X. Vaccarino, Adventures Previews #2 - Guide, Duplicate, Coin of the Realm

Coin of the Realm is very cool. It's not always the best village on the table; it's not great to have to draw it as a Copper. But it's a fantastic village when you just need a little villaging and aren't drawing your deck. And of course it's always nice to have that insurance, even with other villages doing your main villaging. It was an Action originally, and LF suggested making it a Treasure. That means it's never* dead, which is also cool.
—Donald X. Vaccarino, Let's Discuss Adventures Cards: Coin of the Realm

Possibly what you're looking for is: I wasn't going to let Coin of the Realm stop me from doing a good mechanic. If Reserve cards had come in a later expansion than Villagers, Coin of the Realm wouldn't have been so compelling to do, in the same way that there isn't a Reserve card that's like Coffers tokens.
—Donald X. Vaccarino, Renaissance Previews #2: Acting Troupe, Sculptor, Recruiter