Dungeon is an Action-Duration card from Adventures. It is a sifter that draws and discards both now and later.

There is no strategy article for Dungeon, but it has been discussed on the forum.

Dungeon is a decent sifter, and a very close relative of Warehouse

Most players agree, however, that Warehouse is not a card you just want to play anytime you have it in your hand - it is best used to align certain cards you want to draw together. Examples include Baron

with another Attack and Treasure Map

with another Treasure Map. Another reason to use a sifter like Dungeon or Warehouse is to get to your key cards faster; you might want to upgrade your Traveller, or play your Mountebank

more often. In some cases, though, you want to avoid decreasing your handsize or triggering a shuffle by playing Warehouse. Dungeon has the weakness of being more inflexible than Warehouse; once you get it into play, you can't decide not to use it next turn. On the other hand, in a pinch, Dungeon can save a turn that would otherwise be a dud, not unlike Guide

In the List of Cards by Qvist Rankings from 2016, Dungeon ranks 18th among

cards, which is above both Warehouse and Guide. 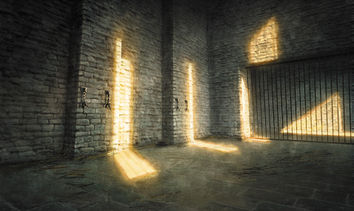