Nobles is an Action-Victory card from Intrigue. It is the quintessential Intrigue card, since it both gives you a choice (either +2 Actions or +3 Cards) and is a Victory card worth 2

. Since it can give +2 Actions or +3 Cards, it is one of the Villages and Smithies; its versatility means that it fits well into almost any deck, though Big Money-like decks will rarely want Nobles ahead of Gold

There isn't a Nobles strategy article.

Nobles is a pretty good addition to engines, since it's a green card you can pick up without clogging your deck; if you have a hand full of other engine pieces, either Villages

, Nobles will fit right in. The fact that it offers a choice makes Nobles pretty good grease for any engine. However, Nobles alone does not make for a very good engine; it costs

, meaning that it's difficult to acquire a lot of them, and since its "Village" option does not draw you a card, two Nobles only give as much benefit as one Laboratory

It's worth noting that the 2

of Nobles can give engines quite a bit more time to set up. If you build an engine with 6 Nobles, they give you enough points to overcome a 5-3 Province split against you!

In Big Money, Nobles is a mediocre enabler because it conflicts with Gold, and you will typically want to start buying Nobles over Gold just before you'd start preferring Duchy over Gold. 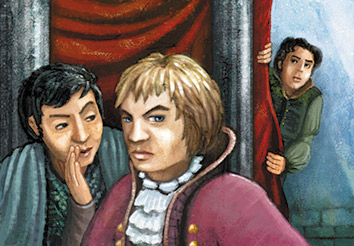 One of the oldest cards in the set. Originally it was "+2 actions or +2 cards." It just didn't get any love when Harem was out. I tried "+3 actions or +3 cards" and it stayed like that for a long time. It was clearly too good though - now Harem was getting left out. You can see how it ended up. +3 Actions seems worth putting on a card someday, but it's much more interesting on a card that you buy specifically to get lots of Actions, rather than on a card that's just gravy eight ways from Sunday.
—Donald X. Vaccarino, The Secret History of the Intrigue Cards