Sir Destry is one of the ten Knight cards from Dark Ages. Like the other Knights, he is an Action–Attack-Knight that trashes other players' cards. He also provides a little bit of terminal draw, at +2 Cards, similar to a Moat 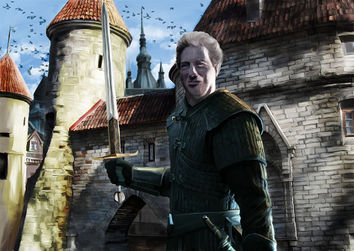